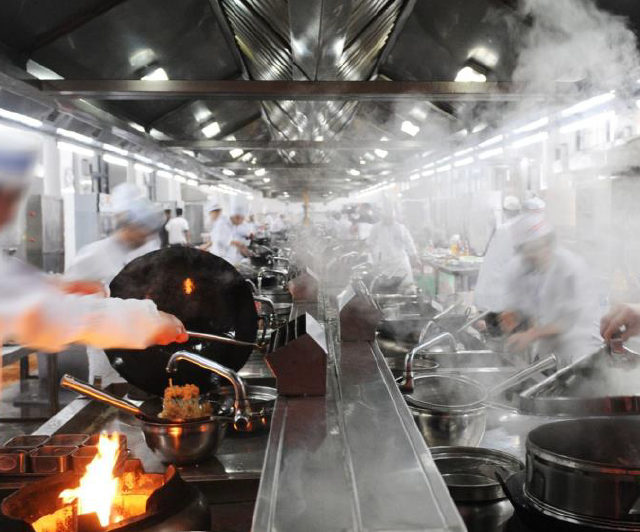 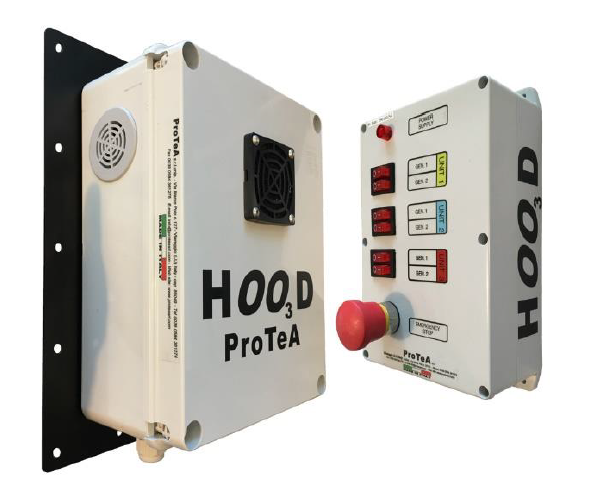 The emission of odors at the exit of hoods extraction ducts is a problem that can be found in all industrial kitchens and in all kitchens of restaurants, boats and in general of premises used for the production of food. This problem is even more evident where the outlet of the extraction duct occurs in places which cause annoyance to the surrounding homes or living areas.

The other big issue of kitchen hoods and their related ducts is undoubtedly the formation of grease which tend to accumulate on the internal surfaces of the ducts, increasing the risk of fires and therefore requiring regular and expensive cleaning and maintenance.

To overcome all these problems, Ozone is one of the best solutions.

Ozone is a naturally occurring gas whose molecule is composed of three Oxygen atoms and is characterized by a high oxidizing power (sanitizing and deodorizing), superior to other commonly used products such as Chlorine and Hydrogen peroxide.

Ozone is a short-lived gas: in fact, once its sanitizing and deodorizing action has been carried out, it converts back into Oxygen in a short time. For this reason, it cannot be stored but must be produced in situ thanks to special systems called “ozonizers” which only need oxygen (the one present in the air is sufficient) and electricity to operate.

Ozone is widely used in various fields, from medical to industrial, both for the treatment of air and water. In the kitchen field, one of the most important and widespread uses of Ozone is undoubtedly the reduction of hood exhaust odors, given its powerful deodorizing action that distinguishes it. In particular, the air expelled from commercial kitchens and restaurants, especially where deep fryers are frequently used, contains large amounts of fat in the cooking fumes. The fumes mainly contain odor molecules, soot and fat particles. A good kitchen ventilation should provide a good working environment by expelling cooking fumes, heat and odors from the kitchen without negatively impacting the rest of the property or its surroundings. 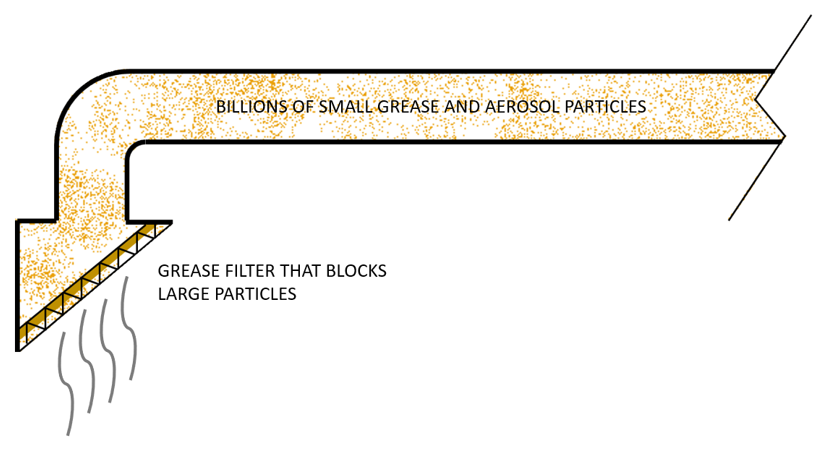 The illustration above shows an exhaust ventilation duct in a commercial kitchen without Ozone treatment.

Large fat particles are separated and trapped by an air filter in the kitchen hood. The air then continues through the ventilation duct with smaller airborne odor and grease particles. Without efficient and continuous air purification, these elements will follow the flow of exhaust air through the entire duct and adhere to the walls of the duct itself. A small part, on the other hand, will remain in the air and pass into the environment as a smell. The odors emitted by the ventilation discharges into the surrounding environment can cause complaints from residents and companies and the resulting complaints can lead the competent authorities to take immediate action against the activities involved.

A well-designed hood in a commercial kitchen is therefore a prerequisite for a good working environment. Cooking fumes, heat and odors emitted from the kitchen must be removed and, at the same time, it must be ensured that the property and its surroundings do not suffer from unpleasant odors during the operation of the kitchens. 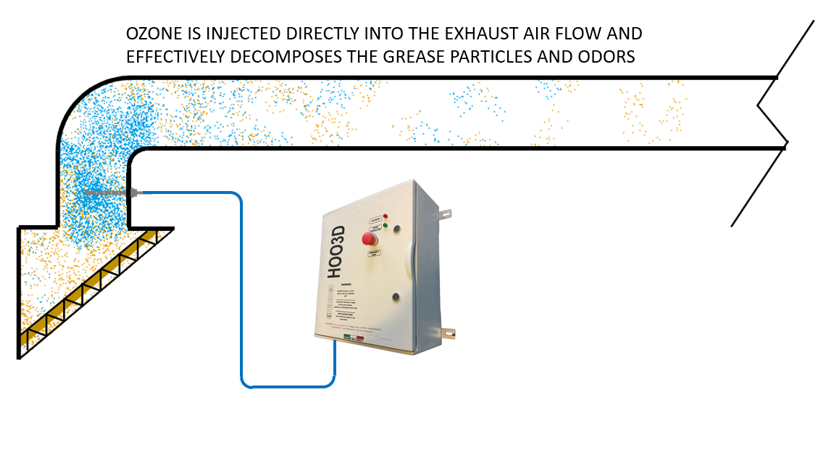 In the image above you can see an example of exhaust ventilation duct treated with Protea ozonating system: the fat particles are destroyed by Ozone and converted into water, carbon dioxide and small amounts of dust. In addition, Ozone as a sanitizing agent eliminates odor molecules during operation.

Let’s sum up the benefits of Ozone treatment for kitchen hoods:

Ozonizer for kitchen hood: solutions and options offered by Protea

Protea essentially proposes two treatment solutions: the first involves the installation of Ozone production modules installed directly on the hood extraction duct; the second, on the other hand, involves the installation of a single ozonating system which lead the Ozone produced in one or more injection points along the extraction duct of the hood.

In addition to the standard lines, PROTEA is able to create custom systems that are studied and designed for specific ventilation systems or hoods proposing, in addition to the normal types of operation, also a series of specific extras in accordance with the needs of the Customer.

For more information do not hesitate to contact our offices at 0584/361274 or by email at info@proteasrl.com.

Ozone in the meat industry and Butchers 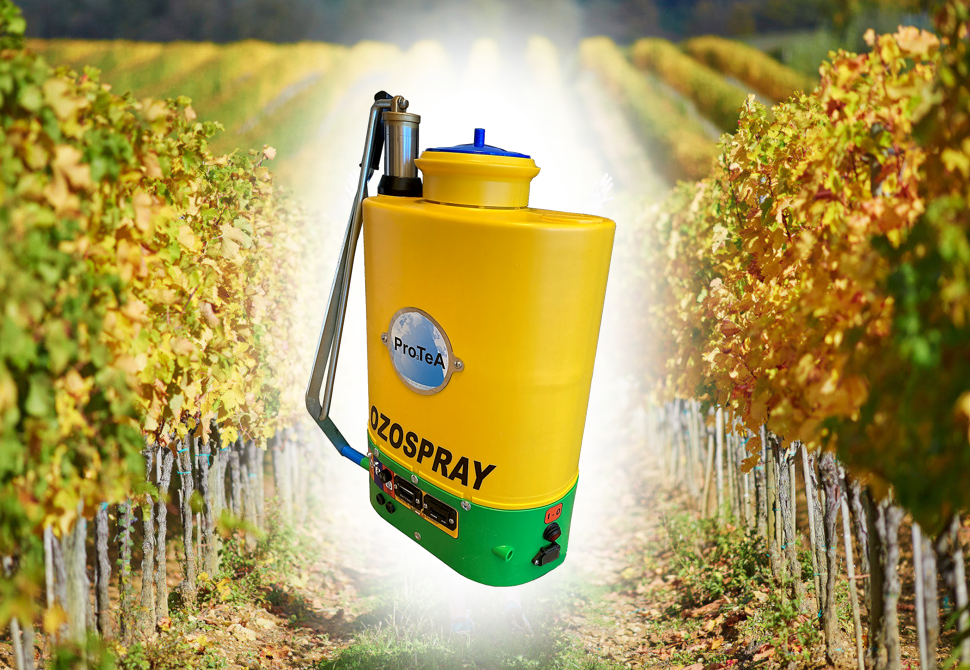 New OZOSPRAY 2021: the power of Ozone in agriculture 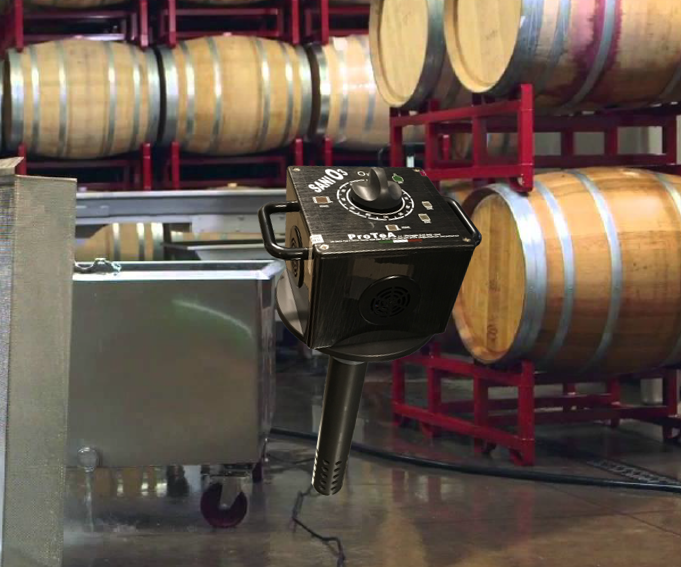 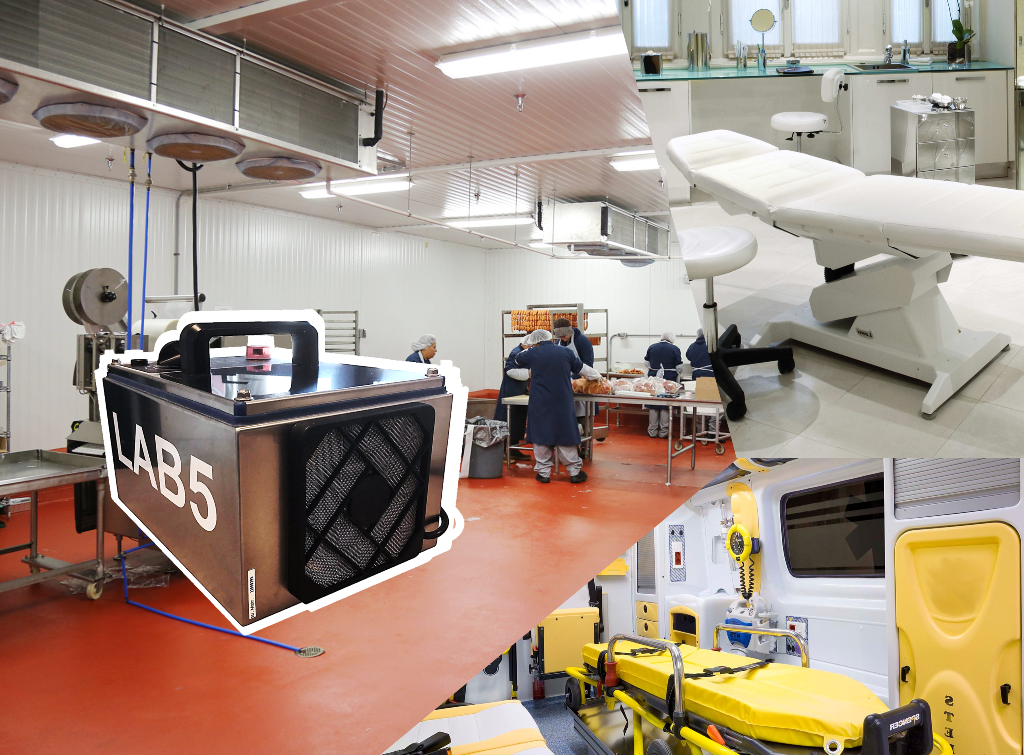